Chosun Ilbo Printing Rumor as Fact
Share this on

Rumor? Fact? What’s the difference, we have newspapers to sell. Hat tip to Brian, who has an excellent overview of journalistic malfeasance regarding foreign teachers in Korea, and Popular Gusts.

Note: If you happen to see a white person with a heavily pixelated face, please run in the opposite direction as quickly as possible. 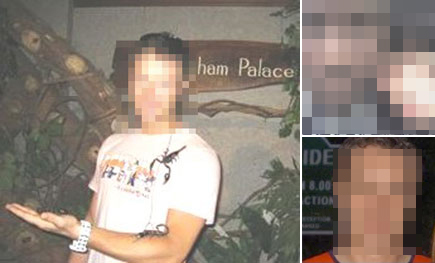 The “Anti-English Spectrum Cafe” (불법 외국어 강사 퇴출을 위한 국민운동) announced on the 30th that an American and a Canadian currently teaching children at a famous language hagwon in Seoul engaged in lewd acts towards female elementary students at the hagwon.

According to the internet organization, the native speaker instructors in question repeatedly committed lewd acts towards the students, of course, and also touched their genitals to the buttocks of female Korean co-workers, also instructors, both in the teacher’s room and while at company dinners.

The native speaker instructors denied the accusations of parents and the female instructor by saying, “this is a simple misunderstanding of skinship due to cultural differences,” and the hagwon, concerned about damage to its image, staying uninvolved and not reporting the matter to police.

The instructors moved to another hagwon when the accusations grew fiercer, but currently are being paid and treated even better than at the previous hagwon, Anti-English Spectrum Cafe announced. The Korean female instructors who were the victims of their molestation had to leave the hagwon due to continuing nasty rumors.

Similarly, the native speaker instructors have not ceased to engage in sex crimes such as molestation and rape, and with no way at present for them to stopped or punished their crimes will continue to increase.

The biggest problem is that the victimized women prefer to keep the crime a secret, not reported to police, because of the prevalent view that “that’s what happens when you hang around with foreigners.” Thus once the affair dies down, their victimizers are able to move on to another hagwon and commit the same crimes free of a criminal record.

39-year old Lee Eun-ung, operator of the Anti-English Spectrum Cafe, said, “foreign instructors of low character frequently toss women away without compunction after attaining their goal of meeting them for money and sexual relations, so many of the women have their lives ruined by abortion or, of course, sexually transmitted diseases.”

Recently, 33-year old Tanzanian Mr. S,  who taught students at a hagwon in Seoul, caused a great shock in Daejeon by entering in to a sexual relationship in 2007 with an underage female student (just 18 years old at the time) at an English hagwon. The crime was revealed when the student went on the internet after they had had sex to discover if she was pregnant or not.

Mr. S introduced himself to the female student as “the son of the Tanzanian prime minister,” asking her to keep secrets and telling her many lies and tricks. In the end the illicit relationship became known to the the hagwon and to the girl’s parents, Mr. S left for Seoul, and the family came near to ruin.

In December of last year a native speaker instructor attending a foreign language program run by a local government in Seoul was caught placing his hand into the underwear of a girl in the first grade of elementary school and was sued by the family of the victimized girl. The case is currently underway.